What is Air Filtration?

The term ‘air filtration’ refers to all applications in which contaminants are removed from an airflow. Having a filtering system and obtaining cleaner air is useful for more than just comfort in homes, offices, and hotels; there are other reasons for filtering the air. Technology increasingly requires rooms or work areas free 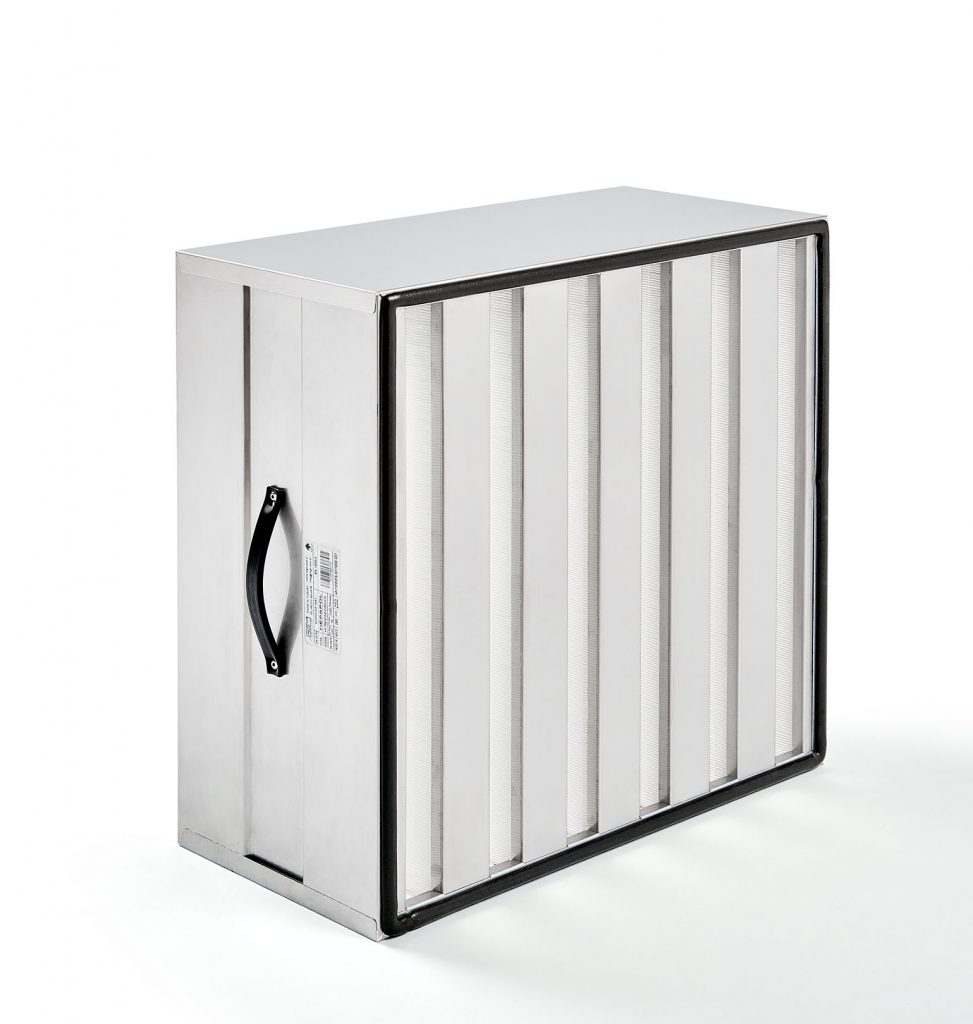 Efficiency: This is the most important factor when selecting an air filter: measurement of the quantity of a contaminant that the filter manages to remove from the airflow. it is expressed as a percentage and determined using various testing methods, described below.

Pressure Drop: This is the resistance the filter offers to the airflow, measured in water column millimetres or pascals (Pa). The value varies from filter to, depending on the efficiency.

Dust Accumulation Capacity: This characteristic indicates how much dust a filter can collect in the course of its life before it must be replaced. it is another important factor in evaluating a filter.

The following test methods may be used to determine the efficiency of various stages in filtering.

D.O.P (DESH, DOS) optic method: A number of aerosols containing particles of uniform diameter measuring 0.30 microns are used as an airflow. The difference in the concentrations of these aerosols upstream and downstream of the filter to be tested, measured by a photometer, determines efficiency.

Colorimetric, Atmospheric method (sec. AFI-DUST SPOT, ASHRAE 52/76): A colourimeter is used to analyse the colouring of two filter paper probes placed in a flow of atmospheric air, one downstream of it. Efficiency is calculated on the basis of the ratio between the volumes of air required to obtain the same colour in the two probes.

Sodium Flame (Na CI} optic method: Dehydration of a 2% sodium chloride solution in water provides the test aerosol. Unlike in the D.O.P. method, the size of the particles is not uniform, but varies from 0.1 to 1. 7 microns. Efficiency is determined by using a photometer to measure the difference in the intensity of the colour of the hydrogen flame in contact with the aerosol upstream and downstream of the test filter.

The test methods listed above and applicable international standards have been adopted by the European organisations EUROVENT, which have established the following classifications for standardisation: EN 779-2012 – 2012 classifies filters into two groups on the basis of efficiency: Grade G (efficiency<20% ). Grade M&F (efficiency from 40% to 98 %) 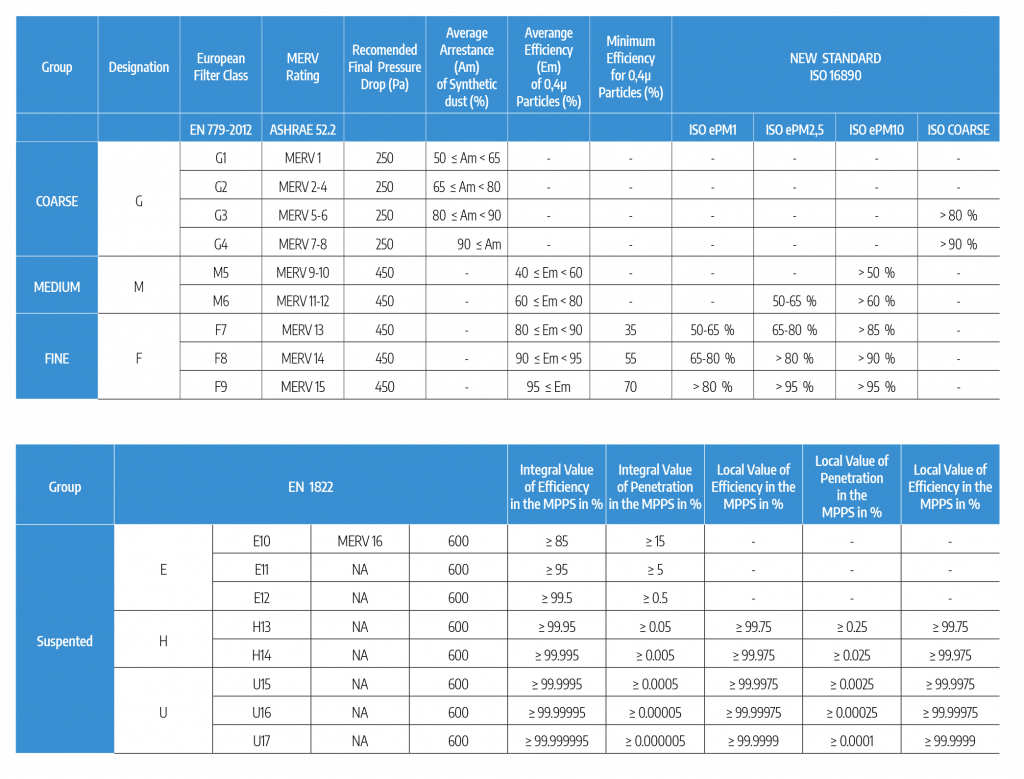