With high oxidation power, Ozone is the most powerful and fastest disinfectant known in the bottled water industry. High oxidation power is fully effective in the destruction of bacteria and viruses, colour removal and re-use of water. The application of ozone to the water for 4 to 10 minutes is sufficient for disinfection. It has long been used safely throughout the world due to its low chemical costs, low cost and low operating costs.

The use of ozone gas, which is becoming more and more widespread in the world, comes to the fore with its full disinfection in every area where it is applied. In addition, we can say that it has a great role with its deodorizing feature. In recent years, its usage areas have been expanding. Ozone gas application, which is a method that is widely used especially in industrial areas, is also frequently preferred in the disinfection of drinking water.

The ozone water process is widely used in drinking and using water all over the world. In 1982, the FDA issued the Generally Recognized As Safe (GRAS) declaration for the use of ozone gas in bottled water and declared ozone as safe.

Ozone, with its high oxidation power, takes an active role in the destruction of all bacteria and viruses. It performs the disinfection task with short-term applications in water and purifies the water from all harmful substances. It quickly destroys substances that are extremely dangerous for human health, such as iron, manganese and arsenic in the water. It carries the quality of water to the maximum level.

In the presence of ozone in water, the number of living microorganisms decreases by 99% within a few minutes. Ozone, which provides sterilization without changing the pH value of the water, is the most effective and safe method that can be used in drinking water facilities. The most important reason why ozone is preferred in the sterilization of drinking water is due to its natural structure. After providing disinfection due to its structure, it turns into oxygen and leaves the environment and leaves no residue.

Since viruses are very small in size, they form a parasitic biological cluster. Viruses cannot be captured by bacteria filters. Depending on the state of the water, 0.1 to 0.5 mg / lt ozone is sufficient to kill 99.99% of bacteria.

With the Use of Ozone in Drinking Water Facilities;

Ozone, which is used in many areas because it is a fast, safe and practical method; is also preferred for drinking water due to these effects. Ozone gas applied with ozone generators will be both a healthy and economical option in facilities. Ozcon safely offers the desired effects of ozone in drinking water facilities with its advanced industrial ozone generators.

Furthermore, ozone gas oxidizes highly dangerous substances such as iron, manganese, and arsenic in water due to its very strong oxidation structure.

Ozone gas to be applied to the water feature, flow rate, and heavy metal ratio according to the appropriate mixture and an ozone control system is provided with the installation. The system operates with fully automatic control and disinfection becomes continuous.

The ozone system in drinking and potable water is a legal obligation in many countries as well as in our country in the legal legislation.

The most effective and healthiest method in drinking and potable water is the ozone-enriched air method and the international documents have been given.

Ozcon Ozone generators, which you can use without the need for consumables, will practically improve the water quality. With Ozcon, you can get an efficient result by saving both time and cost. 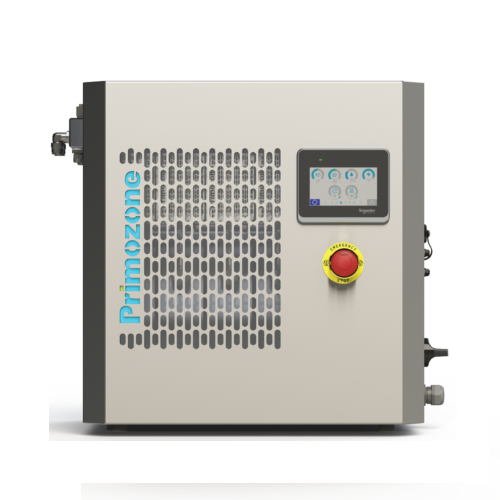