Ozone applications in the food industry

Consumers’ interest in natural and safe foods is increasing day by day. For this reason, the demand for unprocessed or minimally processed foods that do not contain chemical preservatives has increased. This has accelerated the search for innovation in food processes that were previously made safe using preservatives or disinfectants. Legal regulations on this subject have been revised and revisions have been made. Ozone applications in the food industry is a perfect solution to reduce bacterial load and improve shelf life.

In recent years, foodborne outbreaks and health problems caused by pathogens have led to the identification of new microorganisms. These developments, which contributed to the process, accelerated the search for alternative disinfection methods as well as minimal process approaches in safe food production.

Some disinfection methods, which were previously found to be very effective in ensuring food safety, are now considered inconvenient because they do not affect some microorganisms or spore forms at high pH and turn into harmful decomposition products such as tri halo compounds (Khadre et al., 2001). Regarding the use of disinfectants, research has focused on active substances that are environmentally friendly and compatible with food processes, do not leave harmful residues during use, and have a wide effect, including spores, in the fight against pathogens (Karaca and Velioğlu, 2007). 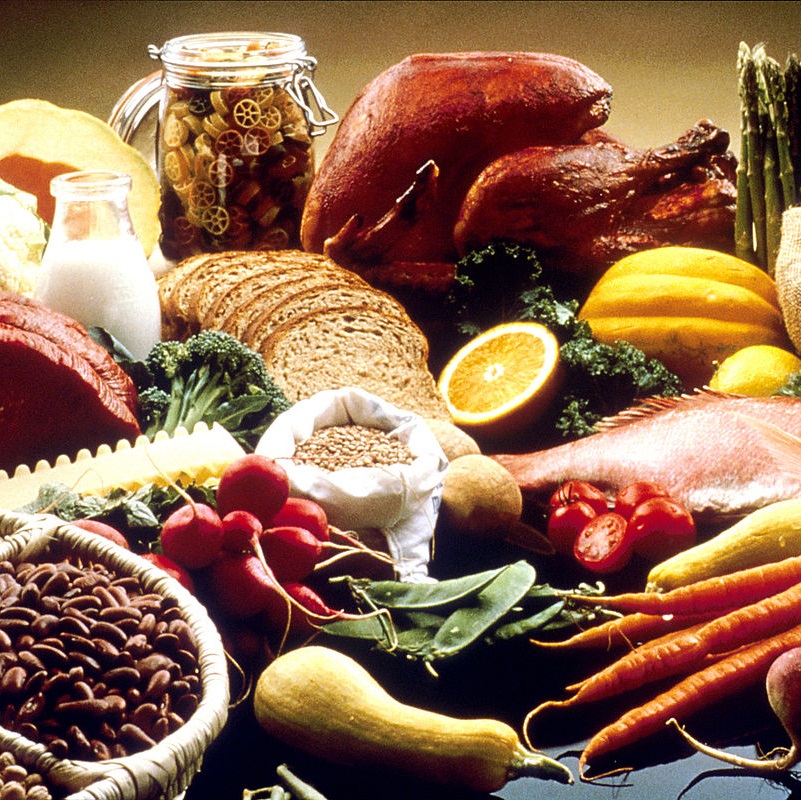 As a result of these searches, studies on ozone, which is known to have strong bactericidal and virucidal effects, have been given importance in recent years. Ozone (O3), a triatomic allotrope of oxygen, is among the potent antimicrobials. Unlike other disinfectants, this chemical, which turns into non-toxic decomposition products and shows antimicrobial activity through oxidation, is effective on gram-positive bacteria such as Listeria monocytogenes, Staphylococcus aureus, Bacillus cereus, Enterococcus faecalis as well as gram-negative microorganisms such as Pseudomonas aeruginosa and Yersinia enterocolitica in the food industry. It shows different antimicrobial effects depending on factors such as organic matter density and diffusion rate in the environment (Patil et al., 2009).

The purpose of this review; this study aims to provide information about the antimicrobial effects of ozone, which is known to be one of the new and alternative methods in food safety research, in the production of food products, as well as sensory quality changes and process applications of foods.

So what is ozone?

Discovered by Schonbein in 1840, ozone began to be used in the production of potable water as an antimicrobial agent in the early 1900s. The fact that ozone, which prevents microorganism activity in a wider spectrum than chlorine and other disinfectants, is 52% stronger than chlorine, has been an important reason for its effective use in the food industry. Ozone, which gained the status of safe agents (GRAS) by the American Food and Drug Administration (FDA) in 1997, has emerged as an alternative protection method that has been used in the food industry since 2001, with the decision that “it is not objectionable in direct contact with food”. It is known that ozone (O3), which was previously used only for the disinfection of bottled water, has been used as a protection method in different integrations in the food industry since this date (Çatal and İbanoğlu, 2010). 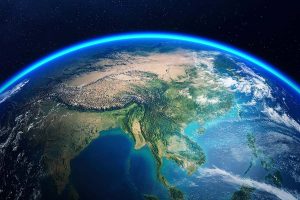 Ozone (O3), which emerges as a result of the search for alternative disinfectants, is expressed as the three-atom form of oxygen naturally found in the atmosphere. Ozone, which can be used as an antimicrobial agent in gaseous and liquid form in foods (Rice, 2001; Marquenie et al., 2002; Rodgers et al., 2004), is blue in gaseous form and blue-black in liquid form (Çatal and İbanoğlu, 2010). Ozone (O3) is highly unstable at normal pressure and temperature. Ozone, which has poor solubility in water, has a sharp smell. Molecular ozone or ozone decomposition products (for example, hydroxyl radical) can rapidly inactivate microorganisms without leaving any residue (Mahapatra, 2005). The increase in salt concentration and temperature in the environment also reduces the effect on microorganisms as a factor that reduces the solubility of ozone in water. On the other hand, humidity and low pH increase the antimicrobial activity of ozone (Kuşçu and Pazir, 2004; Tetik et al., 2006). Today, it is possible to produce ozone artificially.

Regarding the antimicrobial effect mechanism of ozone, there are opinions that it is effective on genetic material and oxidizes glycoproteins and lipoproteins in the cell membrane of the microorganism. It is reported that this effect on the cell membrane and enzyme system explains the effect of ozone on microorganisms (Kim et al., 1999). In general, there are many reasons such as the density of organic matter in the environment, the amount of ozone applied and other substances (metals and inorganics) where the disinfection effect of ozone is effective (Kim et al., 1999).

Ozone, which destroys the cells of microorganisms and damages the cell structure, causes the death of microorganisms by affecting the enzyme system of the cell and stopping cell respiration. In addition to food-related factors, some other criteria such as species, number, age of microorganisms and the presence of metal and inorganic substances are also known as other factors that gain importance in terms of the equipment used during ozone application (Alparslan et al., 2012).

Ozone Applications in the Food Industry

Before ozone was classified as GRAS, it was used only for disinfection of drinking water (Von Gunten, 2003a; Von Gunten, 2003b; Chand et al., 2007), then disinfection of wastewater (Orta de Valasquez et al., 2006; Beltrán et al. 2000). ), wine production (Beltrán et al. 2001; Benitez et al., 2003) and table olive and olive oil production (Cañizares et al., 2007; Heng et al., 2007; Monteagudo et al., 2005). used in gas and liquid form. Surface hygiene and sanitation of ozone in the food industry; It is recommended to use wastewater in applications such as reducing biological oxygen demand (BOD) and chemical oxygen demand (COD) of plant food wastes. Ozone is considered to be one of the promising disinfection tools of the future thanks to its multifunctional properties (Guzel-Sedim et al., 2004).

Fish and Shellfish and Ozone Trials

In the trials conducted by Voille (1929), studies on the sterilization of different bacterial cultures (Bacillus, E. coli) inoculated into seawater yielded successful results (Voille, 1929). No adverse effects were observed in the sensory properties of shellfish washed with ozonated water. Salmon and Le’Gall (1936), in addition to the studies by Voille (1929), determined that fish that became inedible in 12 days using fresh ice kept their freshness up to 16 days using ozone ice.

Maintaining fish freshness is almost entirely dependent on microbial effects. In addition to cleaning live fish and other surfaces and tools and equipment in aquaculture processing plants, ozone has been successfully used in recent years for the destruction of microorganisms that may contaminate aquatic products, and for the correction of colour, brightness and undesirable odour of fish meat. During the transportation and processing of live fish to be processed in factories, ozone gives significant results in preserving the freshness of fish and fish products (Alparslan et al., 2012; Khadre et al., 2001; Pastoriza et al., 2008).

The use of ozone in the periodic disinfection of working areas, operating floors and equipment in meat enterprises has become widespread in recent years. In addition, ozone is used in the showering of carcasses on the slaughter line, in the packaging and storage of meat and meat products (Stivarius et al., 2002).

Ozone gas has been applied in gas and liquid form for different purposes in the preservation of poultry meat, and positive results have been obtained in this regard. Ozone has been tested in poultry process facilities in the atmosphere in a gas mixture or liquid form in different solutions, by using it in the disinfection of incubators, nests, chicken carcasses, carcass cooling waters and disinfection of contaminated eggs. Staphylococcus, Streptococcus and Bacillus species isolated from the nests of the incubators and E.coli, Pseudomonas fluorescens, Salmonella typhimurium, Proteus species and Aspergillus fumigatus species obtained from the culture collections were exposed to ozone gas by sowing on Petri dishes by spreading method in laboratory experiments. It was determined that the ozone at a concentration of 1.5-1.65% (w/w) used in these experiments caused a 4-7 logarithmic increase on the bacterial population and a 4 logarithmic decrease on the moulds. In the studies, the effects of ozone on different microorganisms were compared with chlorine, and it was determined that ozone can kill E.coli 125 times faster than chlorine and chlorine derivatives (Pelletier 2008). 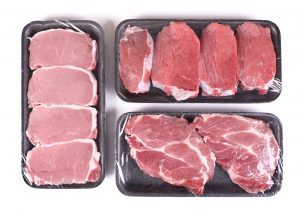 Studies on ozone in liquid and solid foods have accelerated, especially with the increase in the search for products closest to natural and fresh. Ozone (ozone/ozone-oxygen/ozone-air) is used more effectively as a gas in liquid foods. Microbial, physicochemical and nutritional changes in apple cider, orange, strawberry and blackberry juices were investigated in trials, which are usually carried out in a stirred tank or bubble column. As a real source of vitamin C, the vitamin content of fruit juices, which has an important place in daily consumption, is reduced by ozone, and in the production of fruit juices containing anthocyanins such as strawberries and blackberries, ozone causes a decrease in these colour substances, as well as in many resistant micro-organism populations (E. coli, Salmonella, etc.). Listeria monocytogenes) has been reported to cause significant reductions (Cullen et al., 2010; Tiwari et al., 2008; Tiwari et al., 2009).

From a food safety and protection point of view, the use of ozone is an application that has a detoxification effect as well as an antimicrobial effect. In particular, its inhibiting effect on yeast and mould growth will prevent possible mycotoxin contamination in the next production stage (Öztekin et al., 2006). This situation reveals the importance of ozone use, especially before the drying process.

Demir et al. (2011) investigated the effects of ozone application on different types of flour on dough and bread quality, and found that the amount of wet gluten increased slightly with ozone applications, it played a bleaching role on the flour colour due to its oxidant property, and it helped to obtain whiter flour. they have determined. In addition, it has been determined that it has a positive effect on dough rheology properties and increases bread volume, especially in low yield flours. With ozone application, more voluminous, fine-textured and whiter bread loaves were obtained.

It reveals that there are not enough studies in cereals, meat and dairy products, as well as studies that have successful results in removing microbial pollution in foods, especially in freshly cut fruit and vegetables. Gas and liquid ozone trials, which also have successful trial results in the meat industry; Along with the changes in nutritional and sensory properties in cereals and dairy products, the need to investigate and evaluate their antimicrobial effects arises. While ozone is effective as an easy-to-apply disinfectant in the disinfection of liquid products such as fruit juice, it has been determined that fruit juices have negative effects on their vitamin content as well as their physical properties such as colour.

In the food industry, ozone can be used in gas or washing water with its preventive effect on mould, yeast and bacteria growth, as well as with the effect of reducing pesticide residues and mycotoxin pollution. When the amount of ozone in the washing water exceeds 1 mg/L, it can pose a health risk especially for those working in hot and poorly ventilated environments. In well-designed ozone systems with water circulation and ozone dosing heads, the risk for workers during washing is extremely low. The exposure limit for gaseous ozone, which is an effective antimicrobial agent for both packaging atmosphere control and warehouse atmosphere conditions, is 0.1 ppm, time-weighted average, during an eight-hour workday. The “immediately hazardous to life and health” concentration (IDHL) is 5 ppm. Since exposure to gaseous ozone above these amounts can be dangerous, workers with ozone gas have to wear masks. 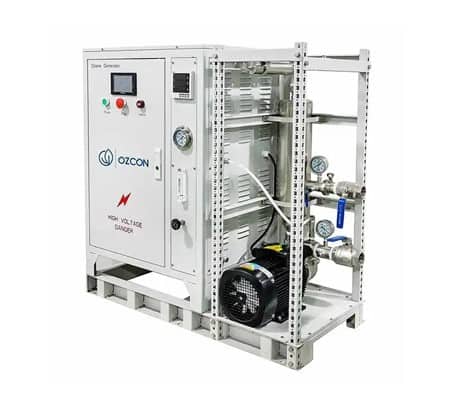